How Blockchain Changes The Legal Landscape “Picture” by Marco Verch published under CC BY 2.0 / Cropped from original

Invented by Satoshi Nakamoto, in 2008, blockchain was created as a public transaction ledger for use with the cryptocurrency known as Bitcoin. The use of blockchain has developed in many ways since then, and because it is a new form of technology, it is sure to face legal and other challenges for its suppliers and its users. But let us take a look at blockchain and how it changes the legal landscape. 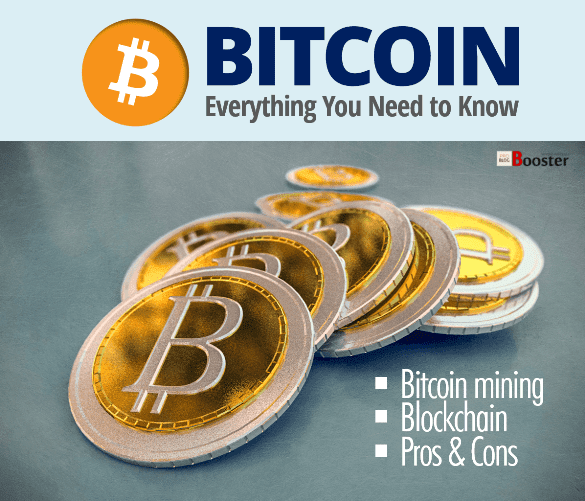 “What is Bitcoin? How Does Bitcoin Work? Everything You Need to Know 2018” by Vinayak SP licensed under CC BY 2.0. Credits to www.problogbooster.com

How does Blockchain work?

First of all, let’s examine how blockchain works, and then take a look at the advantages it offers, and how it is going to positively erupt so many industries.

Blockchain functions as a transaction ledger that is maintained, at the same time, on a peer-to-peer network of computers known as “nodes.” It contains a complete record (chain) of all transactions that have taken place, and these transactions are grouped into “blocks,” which are only added to the chain if all nodes in the network reach a consensus of agreement that they are valid. In order to do this the “miner” nodes have to compete to solve a very complicated algorithm, and this is known as the “Proof of Work.” A block contains a “hash” of the block before it, a summary of the transaction, a time stamp and the Proof of Work. The first node to solve the algorithm is awarded a Bitcoin, and hence the term “Bitcoin mining” has come about.

Once recorded, the information within a block cannot be changed afterwards without altering all subsequent blocks and without the nodes of the network’s approval. The encryption used means there are no middlemen and that there is much greater safety of the recorded data. This means a blockchain has inbuilt security and is a database that is virtually unhackable, because a hacker would need more power than at least half the nodes in the supporting network.
Smart Contracts
Decentralised Autonomous Organisations (DAOs), are digital organisations that are based online, and they are used to administer “smart contracts,” which are blockchain based contracts. The advantage of smart contracts is that there are no intermediaries needed to verify a transaction as valid. Legal contracts have traditionally required physical signatures on physical documents, and can take significant time to get sorted out, and the expensive help of a lawyer. Smart contracts, however, promise to make it all so much quicker because they will be created digitally, and have the potential of cutting lawyers out of the equation. In fact, Smart Contracts have been called the “Contracts of the future,” and blockchain technology has been described as a “Virtual notary.”

At present many designers, artists and musicians are having trouble protecting the copyright of their creations that can easily get stolen on the Internet and used without a license or permission. Blockchain can provide a way of registering intellectual property, and of anchoring it to a blockchain, which, in effect, protects it from thieves. This will be of very great benefit to online businesses where such protection would be invaluable, both to employees and clients.

A stir in Silicon Valley

Blockchain is a fast evolving technology that is causing a stir in Silicon Valley and a huge amount of interest in the business world. Blockchain is predicted to transform many industries over the next decade. New businesses would be acting wisely if they keep an eye on the progress of blockchain in the industrial and commercial world, and be ready to implement this new technology to give them a competitive advantage over their rivals.